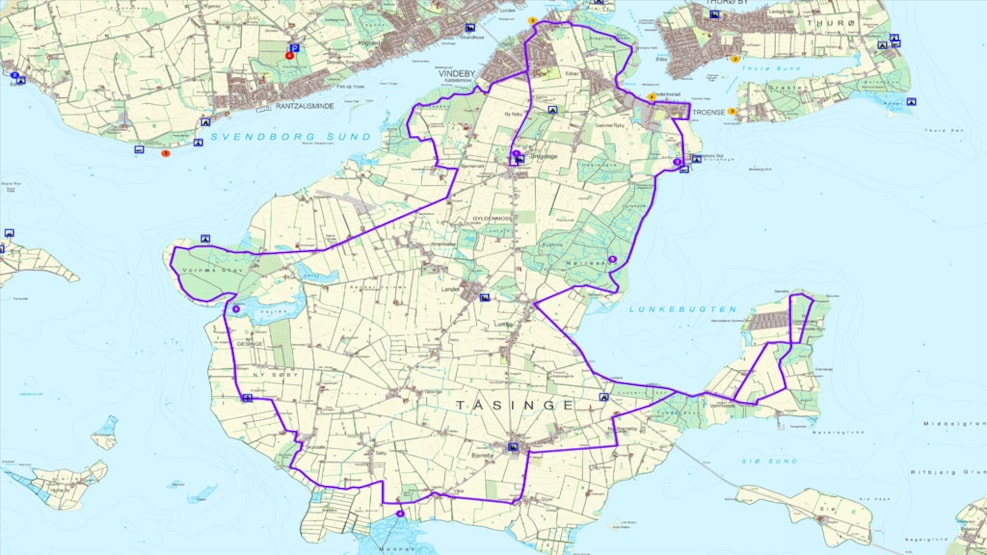 Probably no-one predicted at Hedvig Jensen’s cradle in 1867 that she would only live to be 21 and that she would lend her name to one of the most romantic dramas of all times. But this is how things turned out for her. More than 130 years ago, the young line dancer, whose stage name was Elvira Madigan, fell for the somewhat older Swedish cavalry offi cer Sixten Sparre, a father of a family with two children. However, their love was doomed and you will meet the last chapter of their tragic story in Nørreskoven, the wood in which they committed suicide. The story warms the heart - but keep your head about you: not all love stories end like this and the landscape on the island of Tåsinge is a catalyst of romantic inspiration.

The old half-timbered houses at the foot of Bregninge Church welcomes you to Tåsinge Museum. In here you can enjoy the full story about the ill-starred love between line dancer Elvira Madigan and cavalry offi cer Sixten Sparre. But there are other tales to tell about Tåsinge. For example, you can experience one of Denmark’s only ropewalks, where the inhabitants of the island laid up ropes for the many wooden ships and shipyards of maritime Troense.


Valdemar’s Castle is not only the private residence for the descendants of Danish naval hero Admiral Niels Juel, who defeated the Swedish navy in the Bay of Køge in 1677. It is also a preferred spot for many others, e.g. for weddings and other festive occasions. But less will do. The park, as well as the beach at the tea pavilion, are perfect places to enjoy a romantic picnic basket. Rest and digest, and then you may explore the 21 rooms of the manor house or one of the museums in the adjacent buildings.

In the wood called Nørreskoven the unfortunate love story will be rubbed in again. This is where Sixten Sparre shot his beloved Elvira, and them himself. The two lovers lie buried at the cemetery in the village of Landet. Pop by and place a fl ower on Elvira’s grave. It is a tradition which is being continued to this day by many young women and newly-weds.

A varied, natural and almost constant love life unfolds at Tåsinge Vejle and the tidal meadows at Monnet. The soil here has never seen a plough and birds and wildlife indulge in feeding, mating and nesting in this unspoilt coastal landscape. You can stroll into the tidal meadows, except from the mating season for birds from 15 March to 1 July. Their love life should not be disturbed. But bring your binoculars and follow the birds as they fly across the sea.