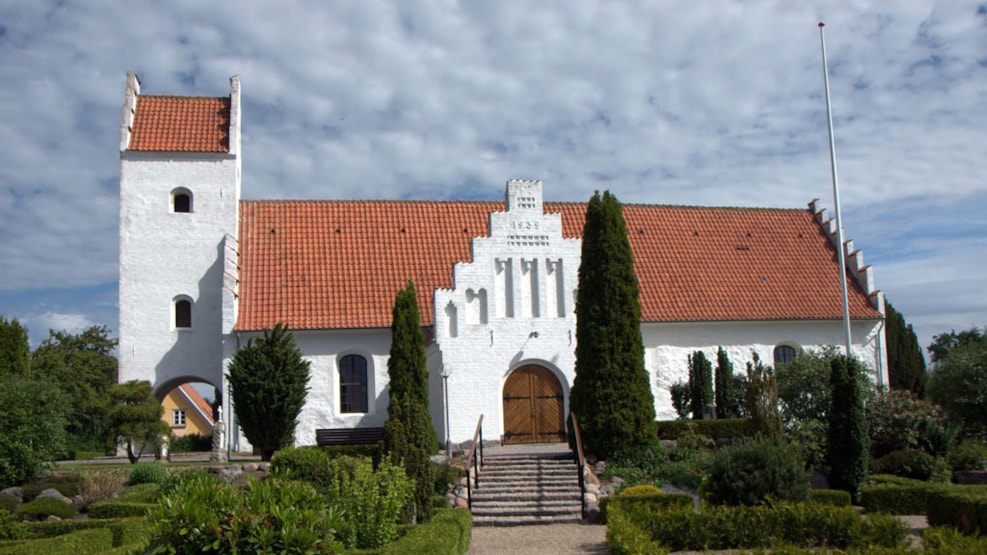 The oldest part of thr church is the eastern part of the nave from the Roman period. The wall here is built from fieldstone, but has hewn corner ashlars. In medieval times the Roman chancel was pulled down and a new one built spanning the whole nave. In 1589 the church was still without a steeple, but shortly thereafter a small slender spire was put up - built on pillars - in the western part of the church.

The church is open when the sexton is in the churchyard.